Description
Figure of an angel holding a chalice with the word REST over it in one hand, and supporting a wounded soldier with the other. Above her head is the emblem on a white background, with the words 'Star & Garter Richmond'. Behind the figure can be seen the top half of the emblem. The badge was designed by Eleanor Fortescue Brickdale (1871-1945), one of the many supporters of the Star and Garter Home. The design was used as an annual report cover, as well as on this award for volunteers. Introduced in 1916 and in use until 1922. The present volunteer badge (awarded to long-standing volunteers with the Homes) also uses the image but without the Red Cross. 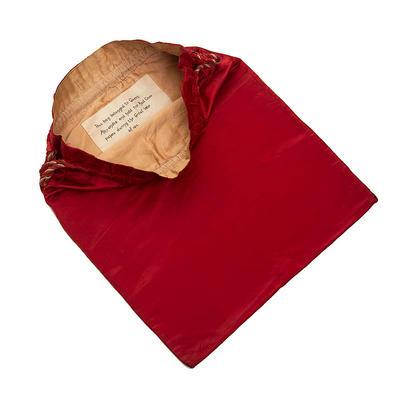