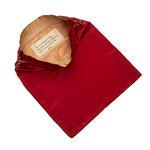 Description
A label sewn inside the bag reads ‘This bag belonged to Queen Alexandra and held her Red Cross papers during the Great War of 1914’.

Queen Alexandra had a long involvement with the British Red Cross. In February 1885, as Princess of Wales, she formed her own branch of the Society to help raise money for medical aid to the sick and wounded. Under the guidance of her and her husband, King Edward VII, in 1905 the Society underwent a reorganisation and reconstitution. She became President whilst her husband became Patron. In 1908, she signed the petition for the granting of the Royal Charter, which was approved by the Privy Council.

The bag is a simple object but knowing the context of how it was used and by whom makes it quite special. It is a reminder of the important humanitarian work carried out by Queen Alexandra. It shows how seriously she took her work with the British Red Cross and how deep her involvement was.

History
During the First World War, Queen Alexandra issued an appeal to raise funds for the sick and wounded. The response was overwhelming; donations poured in, and mansions as convalescent homes and fully equipped hospitals were offered for the sick and injured. 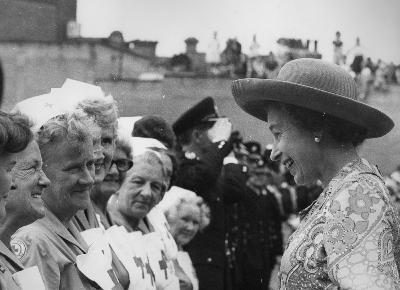 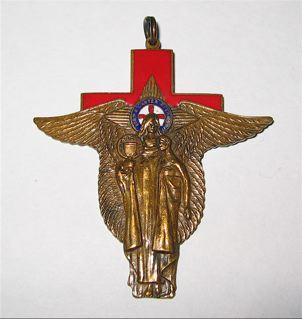