Photographs and papers of Walter Lyon Blease and Harriott Davies

History
This catalogue incorporates in Acc1041 accessions 953; 967 and 1041, each being a part of the photographs and papers of the donor's parents, Walter Lyon Blease and Harriott Davies, relating inter alia to their work with the Red Cross during the Balkan Wars 1912-1913 and with the Berry Unit in Serbia (Harriott Davies as Sister in Charge 18 April-30 Oct 1915 and Walter Lyon Blease as 'Gentleman Orderly' 18 April 1915-18 Feb 1916) and the Anglo-Russian Hospital, Petrograd 1916-1918 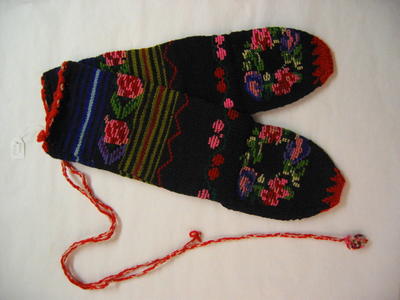 one pair of knitted socks in many colours, decorated with knitted flowers.; Textiles/socks; 1812/1 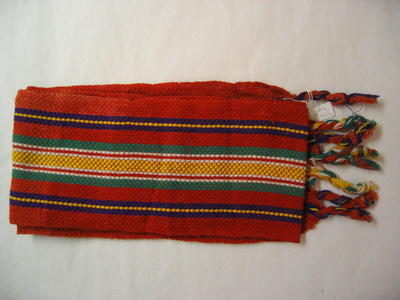 long woven braid, mainly in red but with purple, yellow, green and white, with four tassels at either end; Textiles/braid; 1812/2 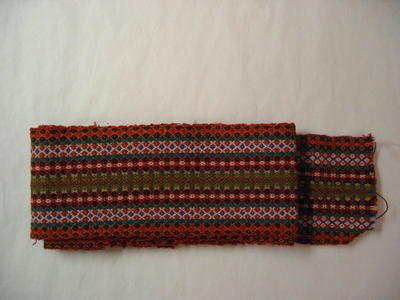