Description
Wooden office chair with brass plate: Major E W Paget CBE France & Belgium 1914-1919. A souvenir as Director of Transport of The British Red Cross and The Order of St John during the Great War. Small plaque of back of chair reads: Property of The British Red Cross. Given to Major E W Paget to commemorate his role with the British Red Cross following the First World War. The bottom of the seat has been stamped: the property of Joint Council Order of St John and British Red Cross Society. Eden Wilberforce Paget was Director of Transport in France and Germany between 1916 and the end of the war. He was responsible for organising the vehicles into convoys capable of evacuating the wounded and transporting them to hospitals. 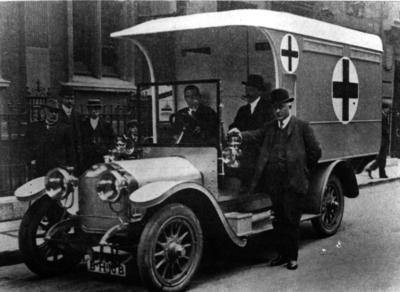