This object is an illustrated sketch book, consisting of 174 pages of hand-drawn and coloured impressions, depicting the experiences of a British Red Cross volunteer nurse, or VAD, during the First World War. The album contains an array of sketches, photographs and other inserts from 1914 to1919, chronicling historical and personal moments by a VAD Nurse, Edith Maud Drummond Hay. Edith was born and lived in Perthshire in Scotland and was 42 when she volunteered with the British Red Cross in 1914. She served for the whole of war, first at a British Red Cross Auxiliary Hospital in Perth and later at several hospitals closer to the front line in France.

As there are so many images within this rare hand-produced account, I have chosen five sketches to focus upon. These vary from colourful watercolours, each with written captions capturing the care of military patients by VAD nurses.

Of the five sketches, they range from more relaxed events such as the patients and nurses holding a tea party to a bride and groom cutting their wedding cake in 1915. It also reveals a sense of unity with the British Red Cross auxiliary hospital enjoying Christmas Day in 1914.

The importance of the work of British Red Cross volunteers, helping to care for wounded soldiers during the First World War is summed up perfectly within one of her sketches showing the knowledge required by staff to dress infected wounds. Yet the album also provides an insight into significant historical moments, including Edith listening to Armistice Bells ring out on the 11th of November 1918.

I have chosen this object as it offers an individual viewpoint through the eyes of a volunteer nurse. Usually archives of the war are official documents, memoirs or photographs. But with this source, it is unusual to have such a colourful and vivid snapshot of a woman’s interpretation of events. The illustrations give an insight into the experiences of the 90,000 normal men and women who volunteered with the British Red Cross during the First World War, especially volunteer nurses like Edith who cared for wounded soldiers. Looking through the different sketches and imagination of Edith makes the object easy to relate to, familiarising an every-day person’s experience of war. 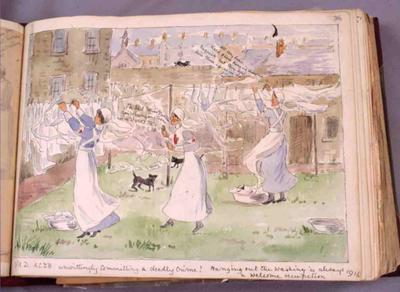 Watercolour sketch of VADs, including Edith Drummond-Hay and Agnes Drummond-Hay, in indoor uniform putting out washing; 1791/1/IN2697 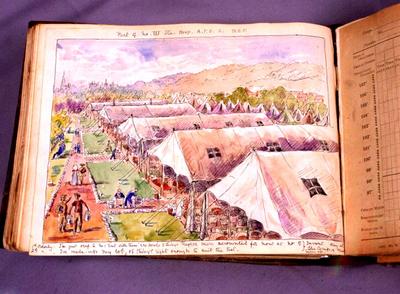 Watercolour sketch of a tented hospital and two orderlies speaking about inventory day at the camp; 1791/1/IN2698 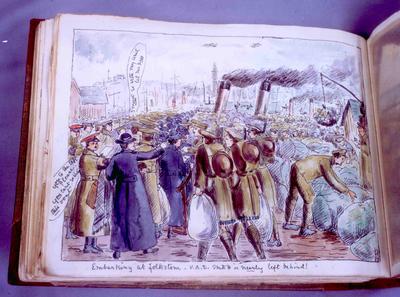 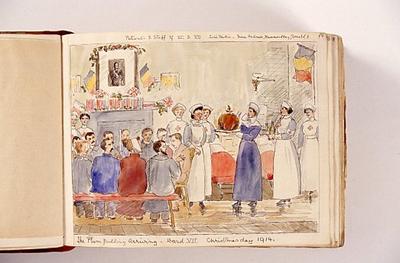 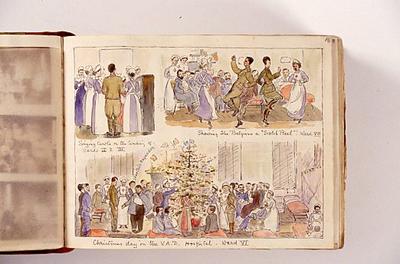 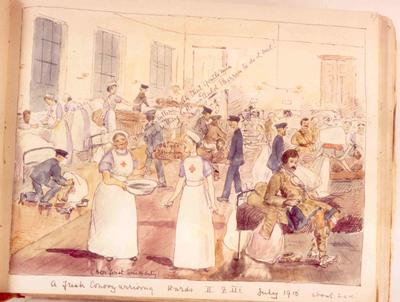 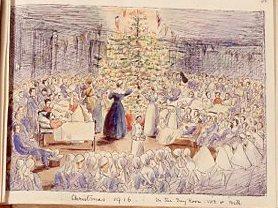 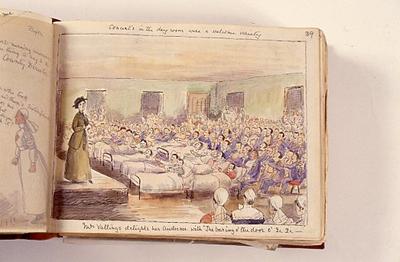 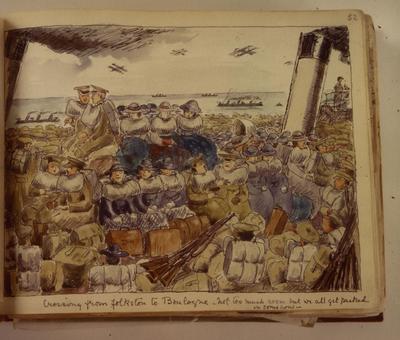 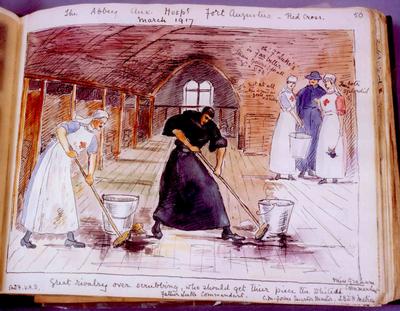