Description
The painting shows a British Red Cross relief team issuing comforts to prisoners of war at an air strip in Brussels before they were flown home at the end of the war. Relief items provided by the British Red Cross to prisoners of war being repatriated included comfort bags, each containing essentials such as toothpaste and toothbrush, shaving equipment, face cloth, soap, cigarettes and even chocolate.

The Second World War in Europe ended on the 8th of May in 1945 and was marked by VE, or Victory in Europe Day. The end of the war closed, or reduced, some of the activities of the Joint War Organisation, such as the provision of food parcels for prisoners of war. However, in the immediate aftermath, many of the organisation’s services were still needed and therefore continued for some years. Many members of the British armed forces who were still in hospital in Germany and elsewhere required comforts. Ambulance and welfare officers continued to be needed overseas. Auxiliary hospitals and convalescent homes were still needed in the UK for the sick and wounded who had not recovered, and family tracing for people who were displaced as a result of the war.

VE Day also prompted the formation of some new services. This included the repatriation of prisoners of war, civilian relief services in Europe and welfare services for disabled servicemen and civilians.

Doris Zinkeisen was one of the few female war artists of the Second World War. Doris offered her services as a war artist at a time when the artistic portrayal of war was very much a man’s territory. She was commissioned by the War Artists Advisory Committee to record and reflect the humanitarian work of the Joint War Organisation of the British Red Cross and the Order of St John as it moved into newly liberated Europe in the 1940s.

Travelling around Northwest Europe by lorry or air, Doris sketched images in different places and then transformed them into oil paintings in her studio in Brussels. As an artist, Doris was commissioned to record what she saw for the British public. In those years before TV cameras and 24-hour news, people relied on photographs and paintings to illustrate what war was really like.

The role of women during the First and Second World Wars is often remembered as consisting of nursing and caring for injured soldiers and civilians. However, their art shows that women’s contribution to humanitarian work during the wars went beyond this. Although few in number, Doris Zinkeisen and other female artists played a crucial role in portraying and interpreting war, ensuring it was not seen just through men’s eyes. 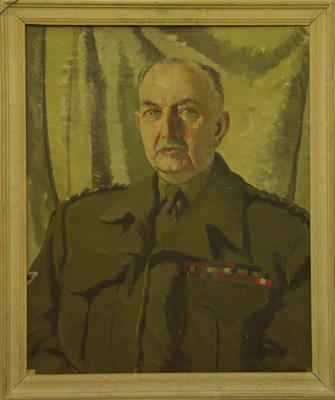