Description
Oval Indian Red Cross and St John Ambulance badge. Ann Hopkin who was a Welfare Officer in India with the St John and Red Cross Service Hospital Welfare between 1945 and 1946. 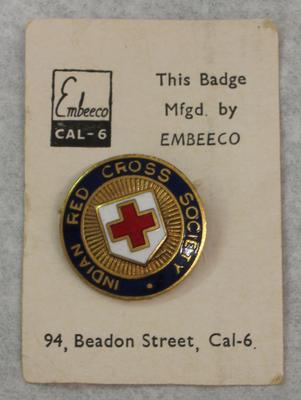