Oil painting: 'Is war that beautiful'

Description
One of a series of oil paintings entitled, 'Is war that beautiful'. This oil painting on card is number two in the series and is entitled 'Is surrender ever justified? Listen to power'. It depicts a line of captured servicemen in green uniforms knelt down with their hands on their heads. The paintings are based on the Gulf War of 1991 and were donated to the British Red Cross following the war by the artist. 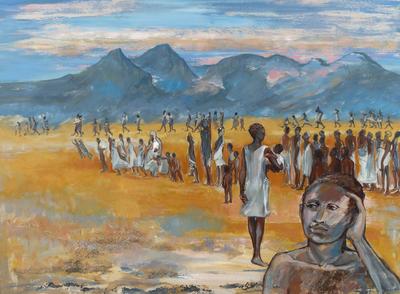 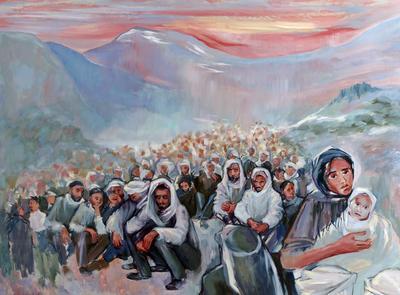