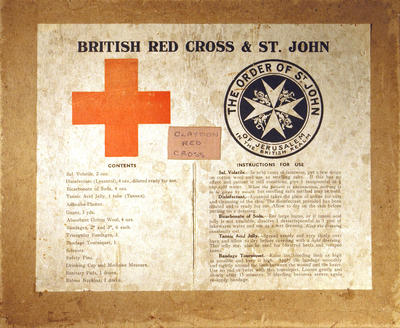 British Red Cross provides first aid and support to people in the UK and around the world. Our first aid courses give everyone the opportunity to learn these vital skills. Our collection includes first aid equipment, historic posters and photographs, and objects related to our first aid work. 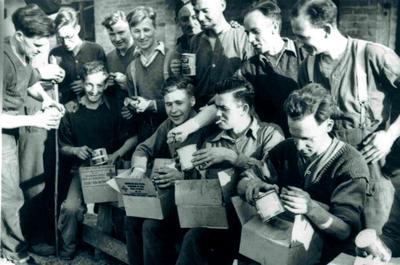 The British Red Cross carried out extensive services for prisoners of war during the Second World War through the the Joint War Organisation, or JWO, which coordinated the war-time work of the British Red Cross and St John Ambulance, Often working with the International Committee of the Red Cross in Geneva, the JWO's Prisoner of War Department of was responsible for packing and dispatching parcels to British and Commonwealth prisoners of war. The Red Cross also sent out next of kin parcels from families, educational book parcels, and even activity parcels containing sports equipment. Our collection contains objects relating to the life of prisoners of war in military and civilian camps, and objects representing the efforts of the Red Cross for both prisoners and their families on the Home Front. 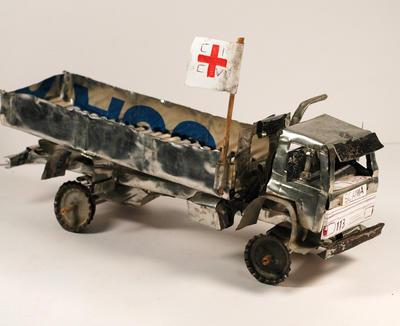 The British Red Cross has been engaged in humanitarian disaster relief since our foundation in 1870. Here we can see some of the objects associated with our disaster relief activities over time.